All four giraffe species and their subspecies live in geographically distinct areas throughout Africa and there are only a total of approx. 117,000 giraffe remaining in the wild.

While some of these species have been reported to hybridise in zoos, there is very little evidence that this occurs readily in the wild.

The four species concept is based on a long-term effort, spearheaded by GCF in collaboration with Senckenberg Biodiversity and Climate Research Centre (BiK-F) in Germany and other partners, to unravel the mystery of giraffe genetics and taxonomy. GCF and partners have collected over 1,000 DNA samples from all major giraffe populations across Africa. These new findings will be invaluable in informing future giraffe conservation throughout Africa. 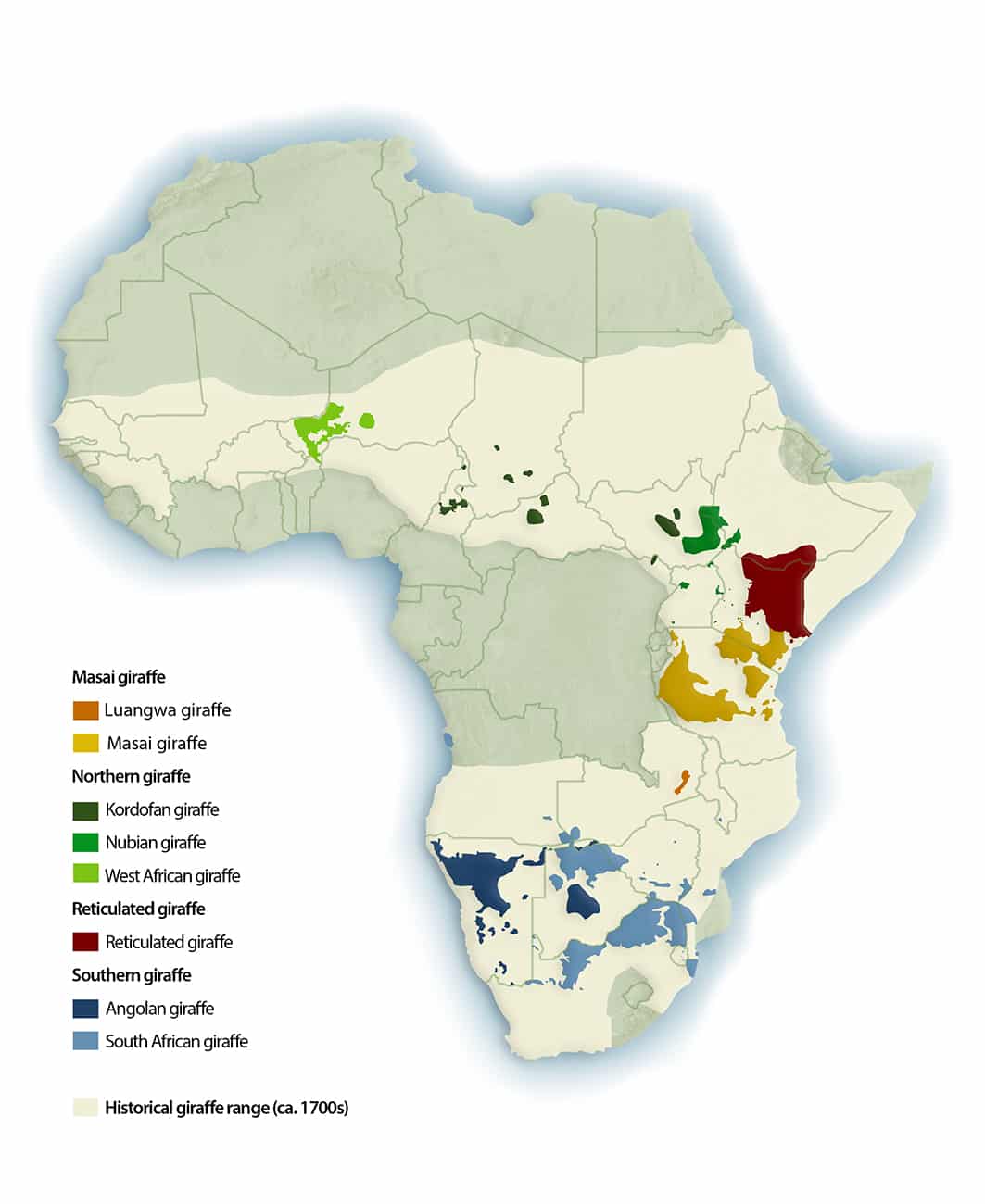 All species and subspecies in numbers:

If you want to read more about giraffe and the different species/subspecies, have a look at our giraffe conservation materials: