“Knowing where giraffe are, how much space they need, and how they move across the landscape seasonally, is vital to inform effective conservation and planning. For the first time we will now have this information for the Endangered reticulated giraffe species,” says SDZG Community-based Conservation Ecologist David O’Connor, one of the leaders of this ground-breaking operation. “It was an immense, collaborative team effort, which is what is needed to move the needle forward in conservation.”

Fitting 28 ossi-units in arid and remote communal lands is no easy task. Each giraffe was carefully darted by the skilled KWS veterinary team before the safe capture and fitting of the ossi-unit capitalising on the long experience of the small expert team of GCF and partners. Important biodata was collected simultaneously including physical measurements, genetic and blood samples. Some of the data was the first-ever collected for reticulated giraffe in the wild and forms part of an Africa-wide effort lead by GCF. While in the field, the veterinary team also treated other injured wildlife and re-united an orphaned giraffe calf with its mother – contributing to the all-round conservation success of this operation. 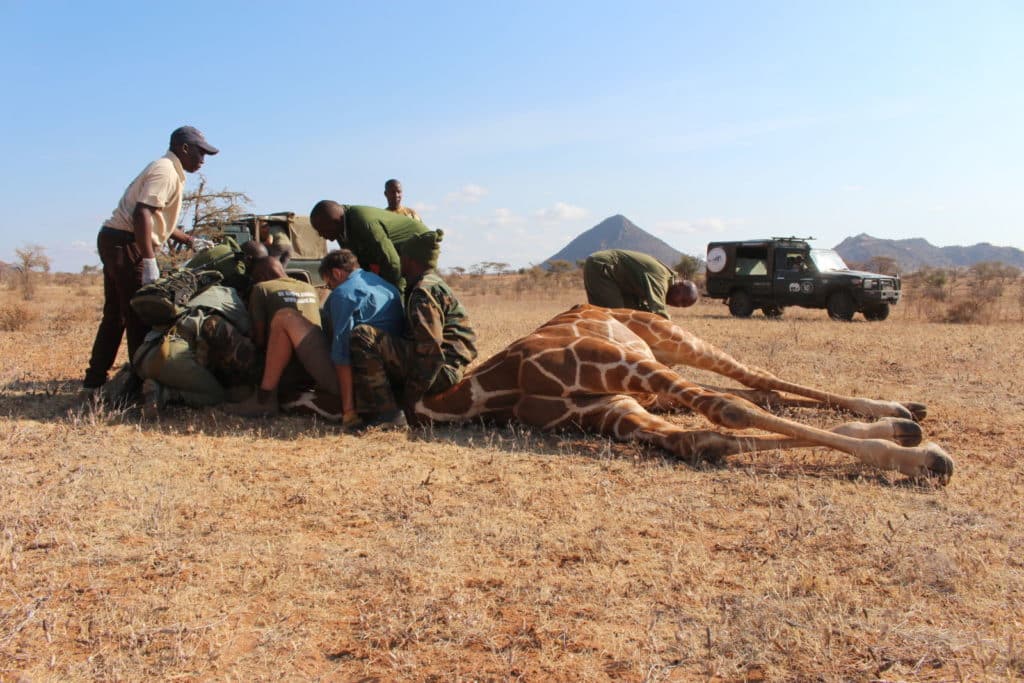 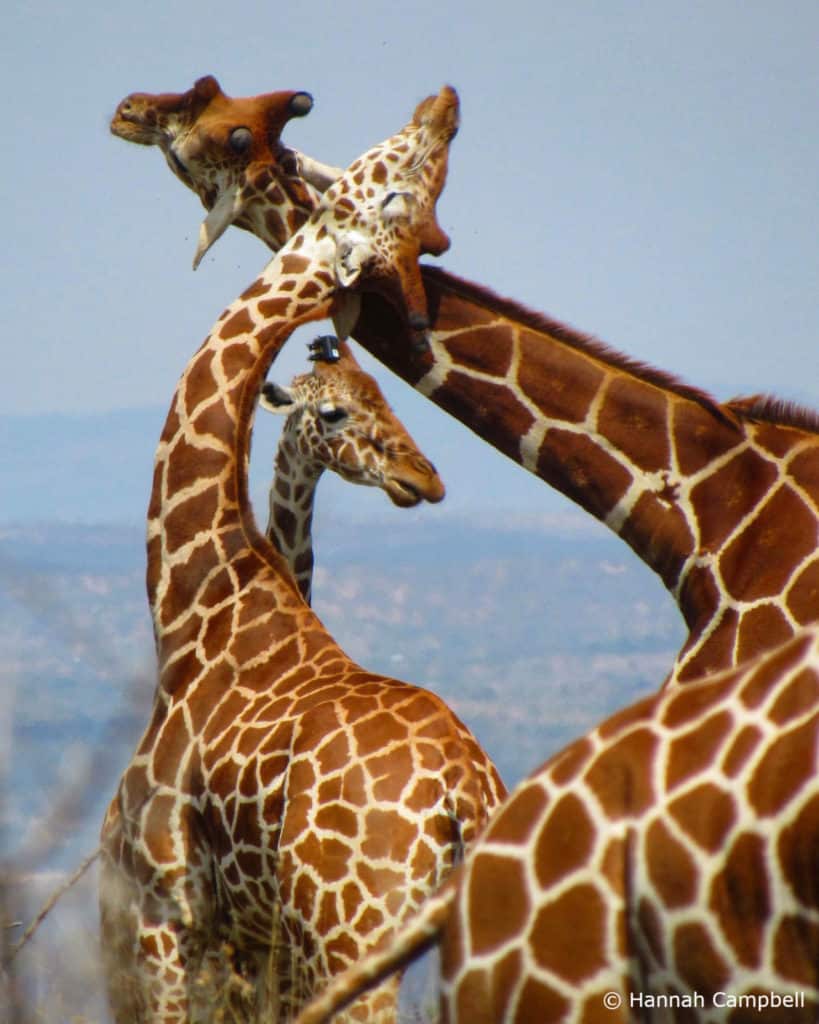 “Since we first trialled GPS satellite technology on giraffe in NW Namibia in 2001, these units have gone through quite a design evolution. The latest design is small (the size of 3 matchboxes), less obtrusive with better technology and increased battery capacity compared to previously giraffe collars and head harnesses. The opportunity to bring field conservation science and technology together allows us to unravel many mysteries about giraffe across Africa.” adds Dr Julian Fennessy, Director of Giraffe Conservation Foundation, another key player in this operation in northern Kenya.

The ossi-units were developed in partnership with the Kenyan company Savannah Tracking. So far over 115 giraffe in six African countries were fitted with these trackers as part of the Africa-wide initiative Twiga Tracker (‘twiga’ is Swahili for giraffe). Twiga Tracker is an international collaborative programme led by GCF with SDZG, BiK-F, SCBI and Wildlife Conservation Alliance, to better understand spatial movements of all four giraffe species and their habitat use throughout Africa. Using science as a base to support long-term giraffe conservation, Twiga Tracker aims to track a minimum of 250 giraffe across their range by the end of 2020. Contact us for more information and get in touch if you would like to become part of this exciting initiative by providing additional funding support.

Some giraffe populations are in peril, facing many threats in the wild: loss of large-scale habitat, fragmentation and degradation of their preferred habitat, disease and in some places, illegal hunting/poaching. These threats were highlighted when reticulated giraffe were assessed as Endangered on the IUCN Red List in 2018.

As one of the first countries in Africa to develop and commence implementation of a National Giraffe Conservation Strategy and Action Plan, Kenya is at the forefront of giraffe conservation. While Kenya is home to the vast majority of reticulated giraffe, it is also the only country in Africa that hosts three different species of giraffe. As part of the continent-wide Twiga Tracker, this latest GPS satellite tagging of reticulated giraffe will allow our team to monitor the movements and habitat use of individual giraffe in these critical connected refuges over the next few years. It is estimated that reticulated giraffe numbers have dropped by over 50% in the past 30 years alone, and it is essential to better understand their needs to help protect this species.

While technology can help conservation, it is important to compliment these technological advances with on-ground field-based monitoring linked to clear conservation objectives as identified in the National Strategy. SDZG in collaboration with partners is doing just that: since 2016 a team of Twiga Walinzi (Giraffe Guards) are supporting reticulated giraffe conservation in northern Kenya. The programme, which is wholly implemented by local community members, has cemented itself as a leader in community-based giraffe conservation in the area and the results have helped us make informed conservation management decisions.

Together we can make a difference for giraffe before it is too late.