What are the closest relatives of giraffe?

The only close relative of the giraffe is the okapi (Okapia johnstoni).

The okapi has a similar body shape as a giraffe, however, with a much shorter neck relative to its body size. Okapis share other distinctive features with giraffe including unusual fur covered ossicones (horn-like structure), specialised teeth and tongue, and a ruminating four-chambered stomach. Interestingly, only the male okapi has ossicones.

The rare okapi is listed as Endangered on the IUCN RedList and is endemic to the forests of the Democratic Republic of Congo, and likely neighbouring Uganda historically. The primary strongholds of okapi include the Ituri/Aruwimi and adjacent Nepoko basin forests, and the forests of the upper Lindi, Maiko and Tshobo Basins; the species is also known to occur in the Rubi-Tele region in Bas Uele. 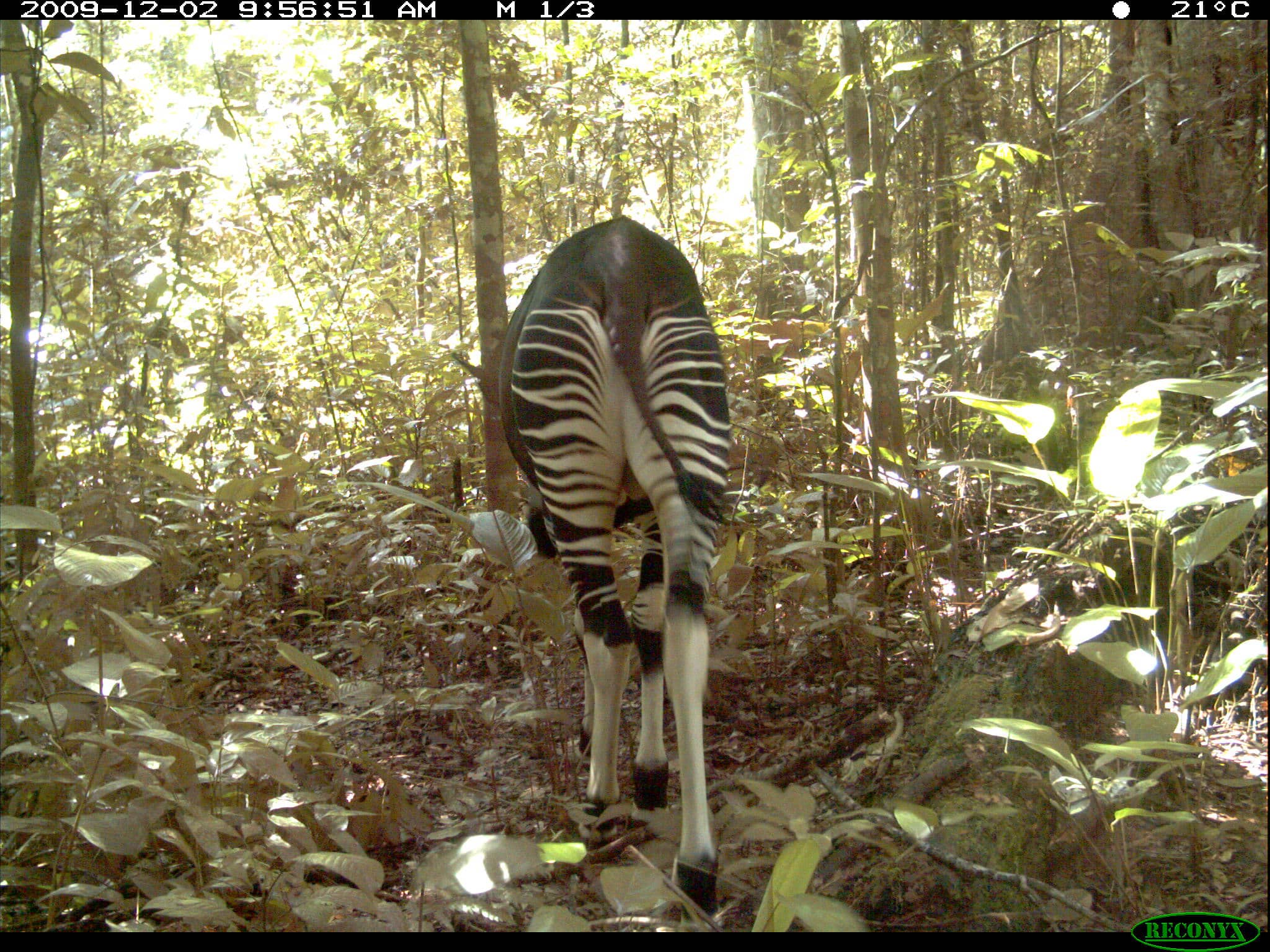 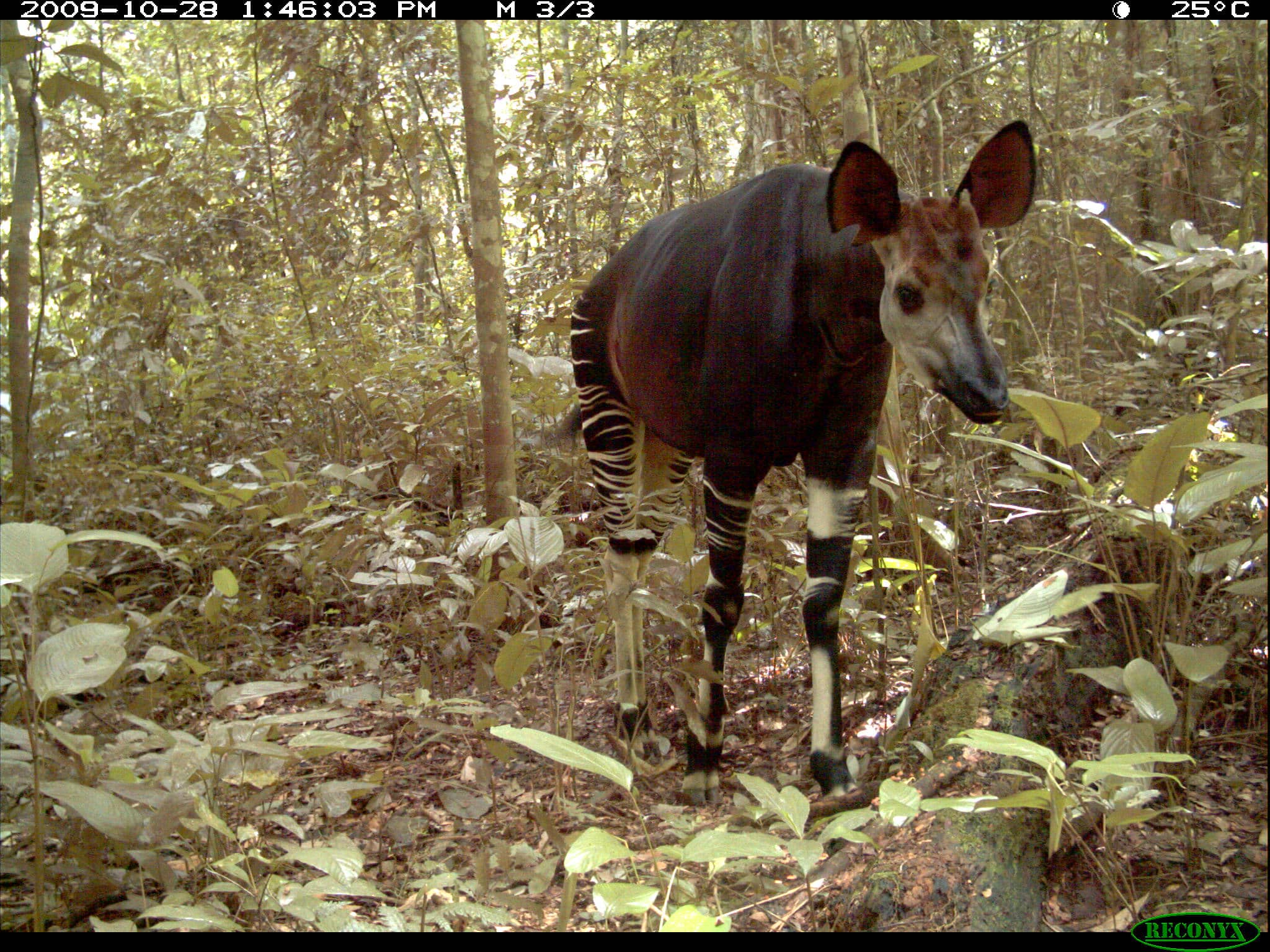 Living in these dark, dense tropical forests the okapi has relatively poor vision but sharp hearing and a good sense of smell. It is extremely wary and will disappear into thick cover at the first hint of danger. Probably for this reason it was only discovered in 1901.

There is no reliable estimate of current population size, but numbers are estimated at between 10,000 and 20,000 individuals. The population is assumed to be declining and okapi are under considerable threat due to increased logging, mining and human settlements.

It has been nicknamed the ‘rainforest zebra’ (or ‘forest giraffe’) because of the black and white stripes on its buttocks and upper legs. The stripes on the rump probably act as a ‘follow me’ signal and allow a young okapi to keep track of its mother.