Masai giraffe range across central and southern Kenya; throughout Tanzania; and an isolated population exists in the South Luangwa Valley, northeastern Zambia (formerly known as Luangwa or Thornicroft’s giraffe).

Extralimital populations (those outside their natural range) have been translocated to the Akagera National Park, Rwanda. Formerly the most populous giraffe with an estimated 71,000 individuals three decades ago, there are now only 45,400 of them remaining in the wild today.

Ongoing reports of poaching suggest that their population continues to decrease. The IUCN Red List assessment of Masai giraffe is under final review, and considering their overall decline of almost 50%, it will most likely result in a threatened category listing. Tanzania supports the largest Masai giraffe population and it is the national animal of the country

One of the greatest threats to Masai giraffe is the rapid increase and expansion of human populations and settlements. Habitat loss and fragmentation due to increasing pressure on land for agricultural and pastoral use, poaching for bushmeat and traditional medicine, and prolonged droughts are undoubtedly the most severe threats to Masai giraffe survival in the wild. As recent examples, parts of Nairobi National Park were set aside for the expansion of a bypass road and a proposed railway is threatening to dissect the park; similarly more agricultural land is cropping up in and around the Masai Mara Game Reserve and Amboseli National Park.

Despite these increasing threats, management of Masai giraffe populations in East Africa is currently limited. GCF is working closely with governments, NGOs, Universities and international partners to better understand all aspects of their conservation and ecology including numbers, threats, movements, skin disease. A key component of GCF’s work is bringing partners together and giving Masai giraffe a space on national and regional conservation agendas – this is vital for securing their future. Based on these collaborative efforts, specific conservation action plans have been developed with GCF’s support in DRC, Kenya, Tanzania and Uganda. Their implementation and monitoring, through the establishment of National and/or Species Working Groups, guides and supports local giraffe conservation efforts in those countries as well as transboundary in East Africa.

Through a Memorandum of Understanding (MoU) with the Tanzania Wildlife Research Institute (TAWIRI) and a draft MoU with the Kenya Wildlife Service (KWS), GCF is helping to drive Masai giraffe conservation efforts and mitigate threats including e.g. Giraffe Skin Disease (GSD). 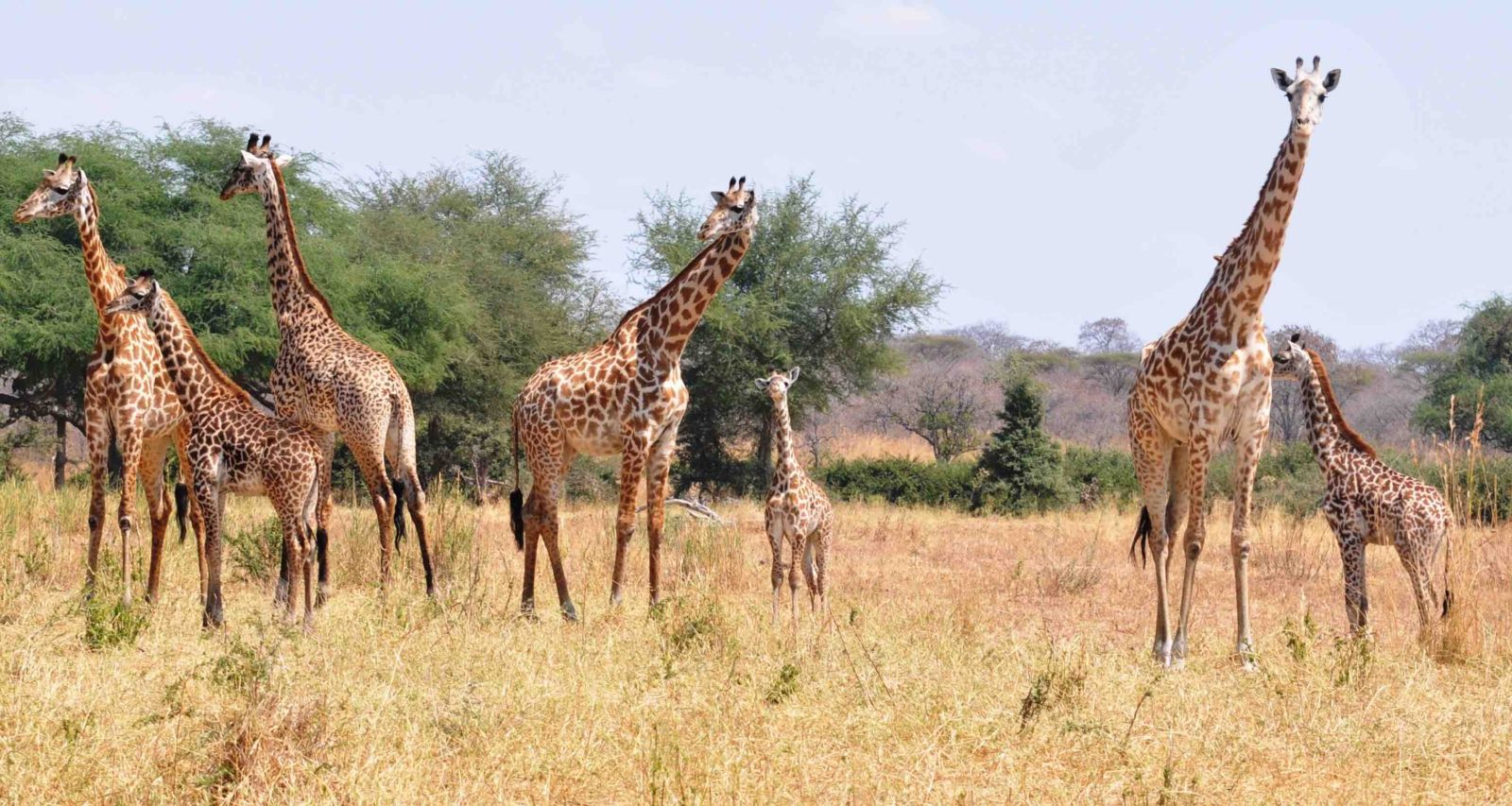 While hunting of Masai giraffe is prohibited by law in all of East Africa, yet they are still poached for bushmeat and traditional medicine – erroneous believes associate cures for HIV/AIDS with giraffe bone marrow and brains. Little is known about the socio-economic and cultural importance of giraffe. With support from local conservation partners, GCF conducts human dimension surveys across Kenya and Tanzania in a bid to identify and map trouble areas for giraffe to target anti-poaching efforts and document socio-economic and culture values.

As Masai giraffe move across national borders (transboundary) and occur widespread across the region, this species offers an excellent opportunity to study the spatial ecology of giraffe. By better understanding preferred core habitat of giraffe, access to seasonal browsing areas, extent of giraffe home range and habitat connectivity, we hope to identify wildlife corridors, poaching hotspots and generate valuable information for protected area and wildlife conservancies planning. Twiga Tracker, an initiative of GCF and partners, is fitting GPS satellite units on all giraffe species across the continent and Masai giraffe are a priority species.

A small population of giraffe occurs in and around the South Luangwa Valley in Zambia. Thornicroft’s giraffe were recently added to the IUCN Red List and listed as Vulnerable because even though the population has remained stable at about 600 for the last three decades, they only occur in low numbers in one geographical area. Further research is required to establish whether Thornicroft’s giraffe are genetically identical to Masai giraffe, or should be considered a subspecies of Masai giraffe.

For the last five years, GCF has supported the amazing work of the Zambian Carnivore Programme (ZCP) and Conservation South Luangwa (CSL), two strong local partners supporting giraffe conservation efforts locally. Concurrent with long-term predator-prey and large carnivore work, ZCP and CSL have encountered an increase in snared giraffe in the Luangwa Valley. As a direct result, GCF provides support to both organisations for snares removal and to monitor trends and patterns of snaring in the region. Early trends indicate higher occurrence of snaring in game management areas compared to protected areas and show an increase in occurrence.

Encouraged by the partnership with GCF, ZCP has collected giraffe monitoring data including individual identification for the past 10 years. Based on this data we now have a better understanding of giraffe numbers and their distribution in the area.

All GCF’s conservation efforts in the region support the implementation of existing (or support the development of) National Giraffe Conservation Strategies and Action Plans. GCF is committed to securing a future for Masai giraffe in East Africa. 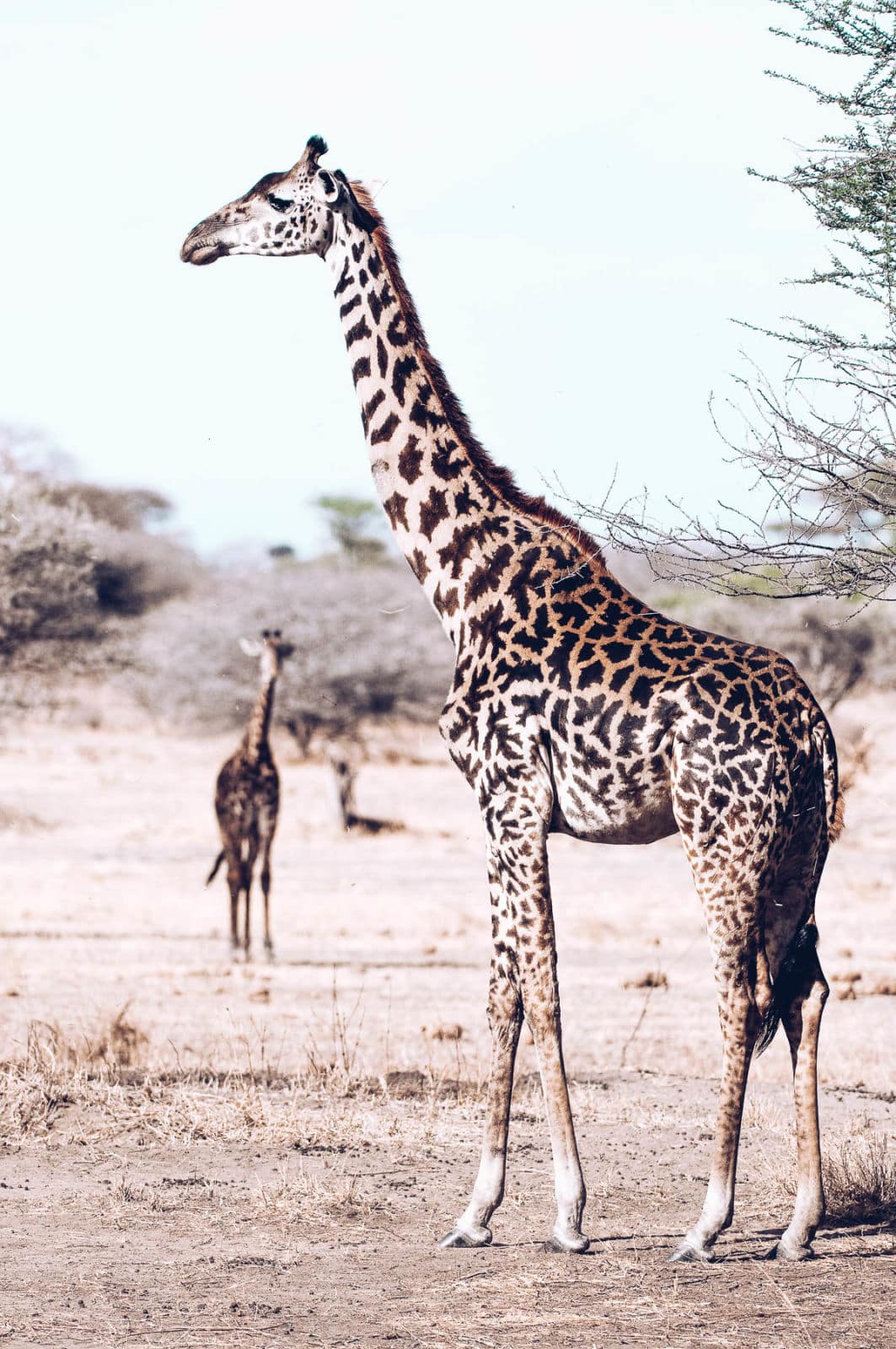