Together, they make up almost 50% of the continent’s total giraffe population.

Despite their name, Angolan giraffe were extirpated (locally extinct) in Angola until recent translocations from Namibia. The Angolan giraffe’s range includes central Botswana, most parts of Namibia, and various populations scattered throughout Zimbabwe. Extralimital populations (those outside their natural range) have been translocated to South Africa and to private land in Botswana and Zimbabwe. The estimated 5,000 individuals three decades ago have, today, more than quadrupled to over 20,000 in the wild. Considering this recent increase in numbers, the Angolan giraffe has been listed as Least Concern on the IUCN Red List.

The Angolan giraffe is relatively light in colour. In northwest Namibia, where it is particularly arid, they can be almost colourless. They have large, uneven and irregularly notched light brown patches. Their patches are surrounded by a pale cream colour, and their lower legs are randomly speckled with uneven spots. 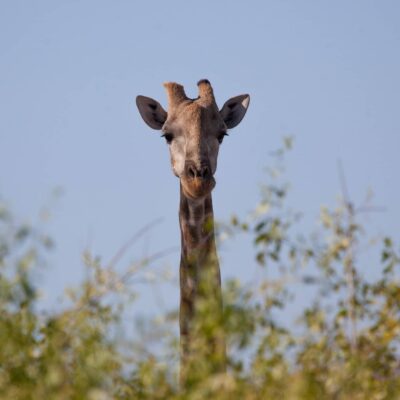 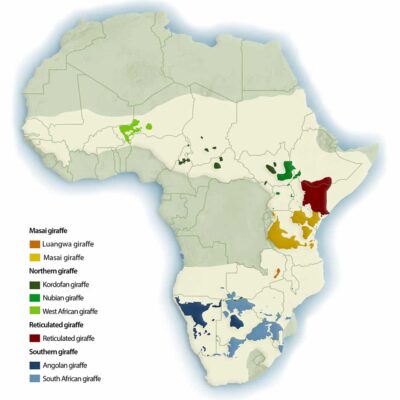 The South African giraffe has star-shaped patches in various shades of brown, surrounded by a light tan colour, very similar to the Angolan giraffe. Their lower legs are randomly speckled with uneven spots. Our Southern giraffe conservation programmes include: