Masai giraffe (Giraffa tippelskirchi) range across central and southern Kenya; throughout Tanzania; and an isolated population exists in the South Luangwa Valley, northeastern Zambia (formerly known as Luangwa or Thornicroft’s giraffe). Extralimital populations (those outside their natural range) have been translocated to the Akagera National Park, Rwanda.

Formerly the most populous giraffe with an estimated 71,000 individuals three decades ago, today only 45,400 of them remain in the wild today.

Ongoing reports of poaching suggest that their population continues to decrease.

Due to their decline of approximately 50% in the last three generations Masai giraffe are listed as Endangered on the IUCN Red List. Luangwa/Thornicroft’s giraffe are listed as Vulnerable because even though the population has remained stable for the last three decades, they only occur in low numbers in one geographical area. Further research is required to establish whether Luangwa/Thornicroft’s giraffe are genetically identical or should be considered a subspecies of Masai giraffe.

The Masai giraffe is often noticeably darker than other species. Its patches are large, dark brown and distinctively vine leaf-shaped with jagged edges. The patches are surrounded by a creamy-brown colour, which continues down their lower legs. 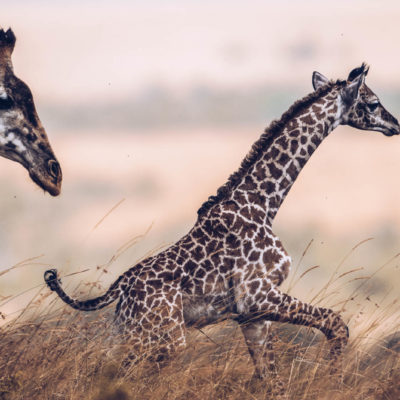 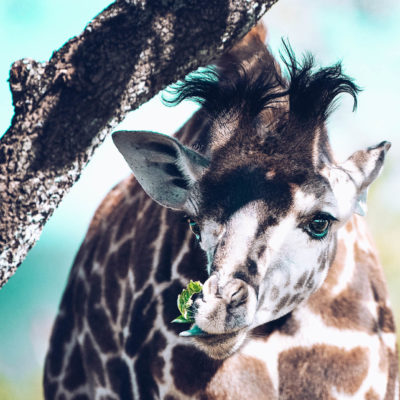 Our Masai giraffe conservation programmes include: