How long is a giraffe’s tongue? What colour is it?

Giraffe use their 45-50 cm long prehensile tongue and the roof of their mouths in order to feed on a range of different plants and shoots, most notably from Senegalia and Vachellia (formerly Acacia) species.

Africa’s Senegalia and Vachellia species have developed fierce defensive thorns, requiring giraffe to use their dexterous tongues to sort out the nutritious leaves from spiky thorns. Fortunately, a giraffe’s tongue has thickened papillae, which helps to protect it from these vicious thorns. Additionally, thick saliva is also believed to help protect giraffe’s tongue and mouth against the defensive mechanisms of their favourite food.

The colour of the tongue is best described as black, blue or purple with a pink base/back. It is generally assumed that the front part of the tongue has such dark coloration to protect it during frequent sun exposure while eating and prevent the tongue from getting sunburned, however, no one really knows. 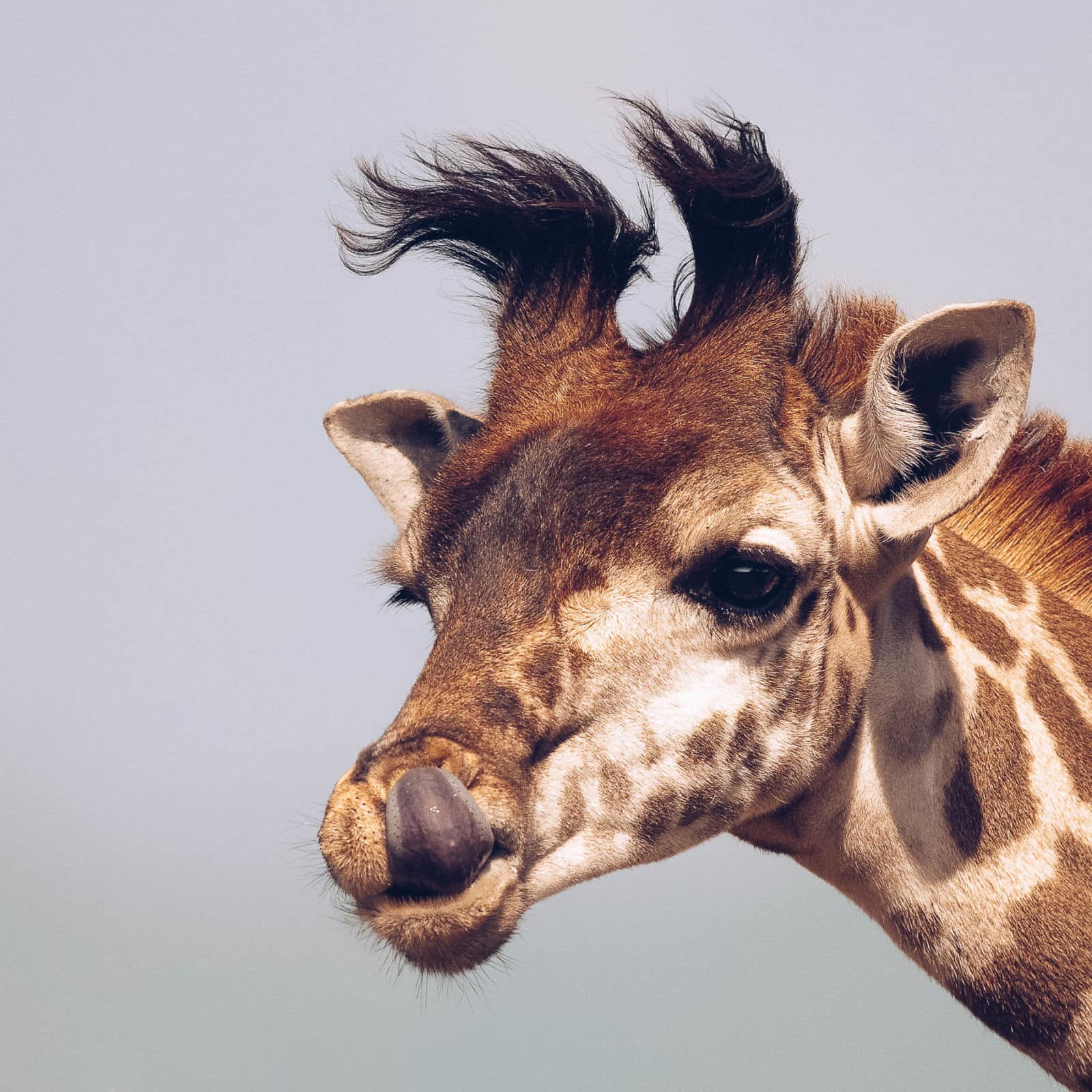