Do all giraffe have horns?

Giraffe horns are not actually called horns but ossicones which are boney projections of the skull covered with furred skin. Both female and male giraffe have ossicles.

Giraffe are born with their ossicones, however, they are only small boney cores surrounded by cartilage that lie flat and are not attached to the skull to avoid injury during birth. Soon after birth, the ossicones begin to grow and ossify (the process of forming bone from a cartilage) and by the time giraffe reach sexual maturity at 3-5 years the ossicones will be composed only of bone and fully attached to the skull.

Both female and male giraffe have a main pair of ossicones at the top of their head. While female ossicones are often thin and tufted with hair, male giraffe normally have thicker ossicones that become bald on top as a result of frequent necking. In some giraffe species males grow a second pair of ossicones behind the first pair on the back of the skull, as well as a prominent median (middle) ossicone on the forehead. This median ossicone of the male adult northern and reticulated giraffe are on average considerably larger than those of the Masai and southern giraffe – a key morphological feature which further divides giraffe into different species.

As male giraffe fight with each other, the bones of the ossicones and skull continue to accumulate boney deposits or ossifications that add weight over time, enabling them to deliver ever heavier blows during necking contests. Fatal combat is rare but does occur. 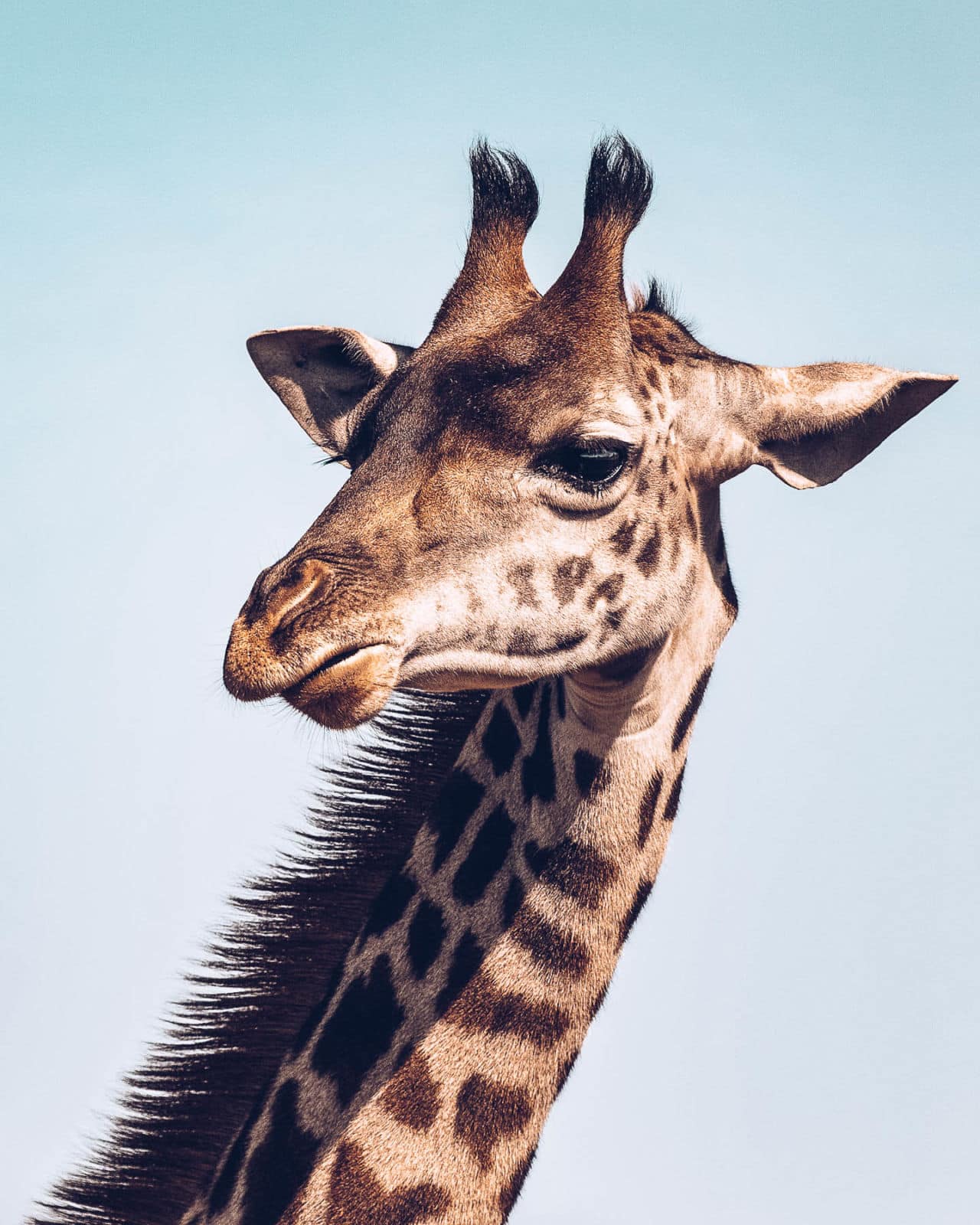